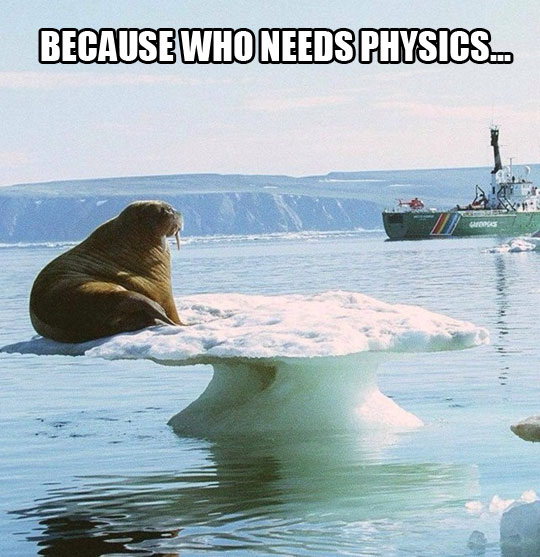 “Natural athletes” kind of make me want to punch them directly in the taint.  How’s that for a jealous response?

As someone who has absolutely zero natural athletic ability at anything, there are times that my eye twitches so hard I feel like it might explode when someone brand new walks into the box, picks up a jump rope, and within seconds executes flawless double unders.

I’ve been doing this shit for almost TWO YEARS and I still can’t string them together.

Today, for the first time EVER in the entire time I’ve been at my box we did Pistols as a SWOD.  Like literally, ever.  Sure, there are some people who can do them, and once in awhile they will pop up in a WOD, but never before have we actually done them specifically  to do them.

So obviously, today was the first time many many people have ever attempted to do a pistol in class.

Since I’m really working on the whole overcoming my fears thing, I gave it a shot, and promptly fell on my ass.  After tweaking and scaling and wrapping myself up in every color band available to heave my giant walrus ass back up once I got down there, I was able to execute a few successfully on my left leg.  My right was a total bust.  I could get down there, and then fall to the floor.  Once I determined that was as far as I was going to get in this particular drill, I just tried to do it gracefully. 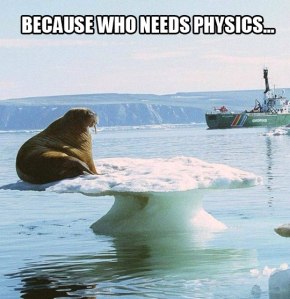 Luckily no one (other than the coach who was desperately trying to help me) was really paying attention to me because not one but TWO people who had NEVER done pistols before got them on their FIRST DAMN TRY.

It was super exciting of course, but holy crap am I jealous.

Maybe they will introduce nap time to Crossfit programming.  I bet I can Rx that shit on my first try.

**Ps, I totally had to google what the plural of Walrus is for this post title.  Walruses is so much fun to say.  Try it.  You will also think it can’t possibly be correct, but it IS!  You’re welcome.**

Do you ever get it in your head that you just can’t do something?

Come on, you’re human, just admit it.  Lord knows I do.  I’ve been better about it lately, and since starting Crossfit over a year and a half ago I am much more willing to at least try something that scares me.

But I’m stubborn as shit, and every once in awhile something ends up in the “can’t” basket.

Up until a few days ago, double unders were in that basket.

I would love to tell you that I practiced them religiously and just simply couldn’t get them no matter how hard I tried, but that wouldn’t be true.  Sure, I had practiced them.  For a few minutes at a time a few times a week, usually whipping myself in the shins or the ass and totaling maybe 50 jumps before getting frustrated and quitting.

When they showed up in any WOD I just did the penalty (at our gym it’s burpees) and never even tried them.

I had actually convinced myself that I didn’t care if I ever got a dub.  Didn’t matter.  Jumping rope is just as effective of a workout if you swing it once or twice and I’m not competitive or anything so it won’t matter if I never get them.

That was, until 14.1 was announced on Thursday night.  As most of you know, we are in the midst of the Crossfit Open.  The Open is a 5 week competition where anyone in the world can register to see how they stack up against Crossfitters everywhere, and against themselves.  The workouts are announced via a live broadcast on Thursday nights, at which point two of the big dogs go head to head and show us how it’s done.

Like every other Crossfit addict worldwide, I was glued to my laptop on Thursday beyond excited to know what the first workout would be.  Because the Open is truly meant for everybody, I was confident it would be doable movements and something I could totally excel at.

Imagine my dismay when they announced a 10 minute AMRAP (as many rounds/reps as possible) of 30 double unders and 15 snatches (75/55).

Um what?  The FIRST movement that you had to do in order to get ANY reps whatsoever were DOUBLE UNDERS?  And I had yet to ever successfully do even one.

I wish I could say that I put on my happy face and decided to give the workout all I had, but I can’t.  The truth is I went to bed that night telling hubs “well this sucks.  I guess I’m taking a 0 for the first workout because I don’t even see the point in trying.”

I woke up the next morning, the day I was to do the WOD, and just didn’t want to go.  I got to the box early and practiced for a solid 15 minutes.  I managed about 3 reps in that time, and truthfully, they were almost accidental. But I was going to try to do the workout Rx.  I wanted a score.  Even 3 reps was better than 0.

The clock counted down 3…2…1… and a funny thing happened.  Suddenly, getting double unders became important.  Not being able to do them just wasn’t acceptable anymore.  I had to figure it out.  And I had 10 minutes to do it.

I’m not going to say it was fantastic.  In fact, it was a tough and frustrating 10 minutes.  But by the end of it, I had managed 27 reps.  Mind you, I never even made it to the barbell or finished a complete round, but whatever.  It wasn’t a 0.  And for ME, it was a PR.

But what’s more, by the end of just 10 minutes of consistent practice with a clear goal in mind, I was actually stringing a few of them together.  I knew that if I had ANOTHER 10 minutes, I could do a lot more.

I’ve never repeated and Open workout before, but after taking the weekend to think about it, I decided I just couldn’t let that score of 27 stand.  Not because I cared about my standings, but because I KNEW I could do better.  That simply wasn’t my best effort, which isn’t ever ok by me.

Monday is the last day to submit scores for the week, so I went in early for class.  I warmed up alone and set up my barbell.  This time, I knew I would need it.

I grabbed a judge and asked them to count and time me, and set out with one goal in mind.  Get thru one round.  45 reps in 10 minutes.  I knew if I made it through the dubs I was home free.

What a different experience the second time around.  I was stringing together doubles in sets of 3-4, and at around the 5 minute mark I was done with 30!  I flew through the over head movement, and got back on the rope as fast as I can.  With just under 4 minutes left, I knew I could make it through one more round of jumps.

Not only did I, but I managed a few more overheads before time ran out.

See, it doesn’t matter to me that the top competitors in our region and the world managed 450+ reps.  It matters that I did something I had NEVER done before.  I let go of the “can’t” and found the will to figure it out.

That my friends, is what is beautiful about the Open.  So many of us do Crossfit to push ourselves out of our comfort zones, and then still end up sitting there anyway.  Sure, the zone has become bigger than what it maybe was before, but it’s still there unless we continually challenge ourselves.

YAY back to Crossfit!

Warm Up: Some new wonky thing coach came up with.  I can’t even remember all of it, but there was yoga crap galore.  It actually wasn’t bad, lots of hip and lower back mobility stuff, so it’ll be good for me in the long run I’m sure.  I’ll pay more attention to what we did tomorrow so I can post it here.

I will say, I LOVE that we’re changing up the warm up more often.  I think for the first 6 months I did Crossfit it was the same thing, but we’ve changed it 3 times in the last 3 months.  Every time we do I get a chance to work on some of my weaknesses, so that’s great.

My max on this lift is only 93, and given all my time off recently I was pretty pumped that I hit 73 with ease and got a few reps at 83.  In hindsight, I should have bumped to 78 for that last set, and will remember that for next time.

I love Annie.  This is my 3rd time since starting Crossfit doing this workout.  Sadly, this is the first time that I’m using my nifty little tracker, so I don’t really have any record of how much I’ve improved.  I want to say the last time around was in the 9 minute range, but I’m not positive.

I can say, without hesitation, that my abs have gotten SO much stronger.  I remember the first time I did Annie I could barely get through the set of 50, and by the set of 30 I was only able to do 1-2 at a time and needed to rest.  Today I powered through every set almost unbroken.  On the set of 20 I rested after 10.  And I think on the set of 30 I flopped on the ground for like, a second, once or twice before I sat right back up.

But regardless.  Progress.  Yay!

Mobility- stretch glutes, thank GOD since after the WOD yesterday plus cycling last night my ass has pretty much disowned me.

Double Unders.  Which still elude me.  I only threw my rope down once, but man it’s frustrating whipping yourself in the ass repeatedly and not getting anywhere.

Coach kept saying “it’s like patting your head and rubbing your tummy at the same time.”  Yeah, thanks… can’t do that one either.

I also can’t do the Spok “live long and prosper” fingers to save my life.  But I suppose that’s a post for another time.

Coach tried to get me to use heavier weights, and I complained enough that he let me go with the 20s.  Yeah, shoulda used the 25s.  Crap.  Hate it when he’s right.